Thank you for taking the time to let us know that you plan on attending our 20th anniversary Fundraising Luncheon at noon, on Wednesday, March 22, 2017.

We look forward to seeing you there.

To send your RSVP please

Next year “Amigos en Cristo” will celebrate 20 years of ministry.  For two decades we have provided immigrants to Southwest Florida with the tools to be successful and contributing members of our community and the Kingdom of God.

To help us kick off our 20th anniversary, Judy Small, widow of longtime volunteer and board member Bob Small, has offered a $20,000 challenge grant to help us grow.

Any donation to Amigos Center that you give by December 31, 2016 that exceeds what you gave last year will be matched up to $20,000. This Challenge Grant represents a potential financial increase of $40,000!  This challenge grant together with your above-and-beyond gift will put Amigos en Cristo in a strong financial position heading into the New Year.

So far we have received $600 in qualified gifts.  Thank you all for your support and “Amistad” with Amigos Center.

You can double your gift to Amigos Center by making a special gift before December 31:

We serve remembering what Jesus said “Go and make disciples of all nations” and “Truly I tell you, whatever you did for one of the least of these brothers and sisters of mine, you did for me.”

Immokalee, FL – Experience Thanksgiving like never before with our staff and the whole Immokalee community this Thanksgiving holiday.  On Tuesday, November 22 at 4:00 PM we will begin serving a hot turkey meal in the parking lot of the Immokalee Amigos Center.   Come early and help.  Contact Pastor Bob at (239) 281-1664 for more information. 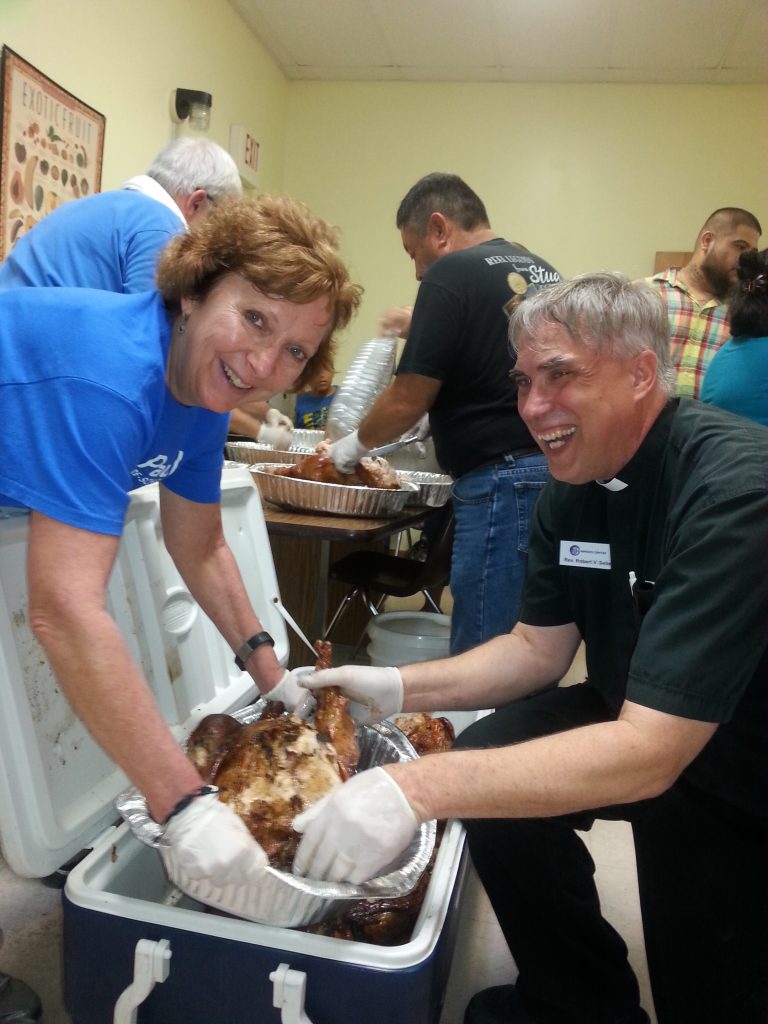 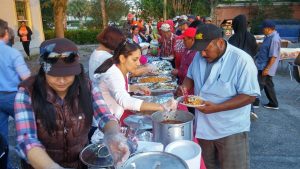 Click here for directions to our Immokalee Amigos Center

Amigos en Cristo pastor, Pastor Andre Mezilus, was stranded in Haiti during the recent strike of Hurricane Matthew, due to the temporary suspension of airline flights out of Haiti.  He was in Haiti at the time supervising his mission congregations in Cap ‘Haitian.  He regrettably reported the death of one of his church members due to the hurricane, leaving behind a family of five (see picture). 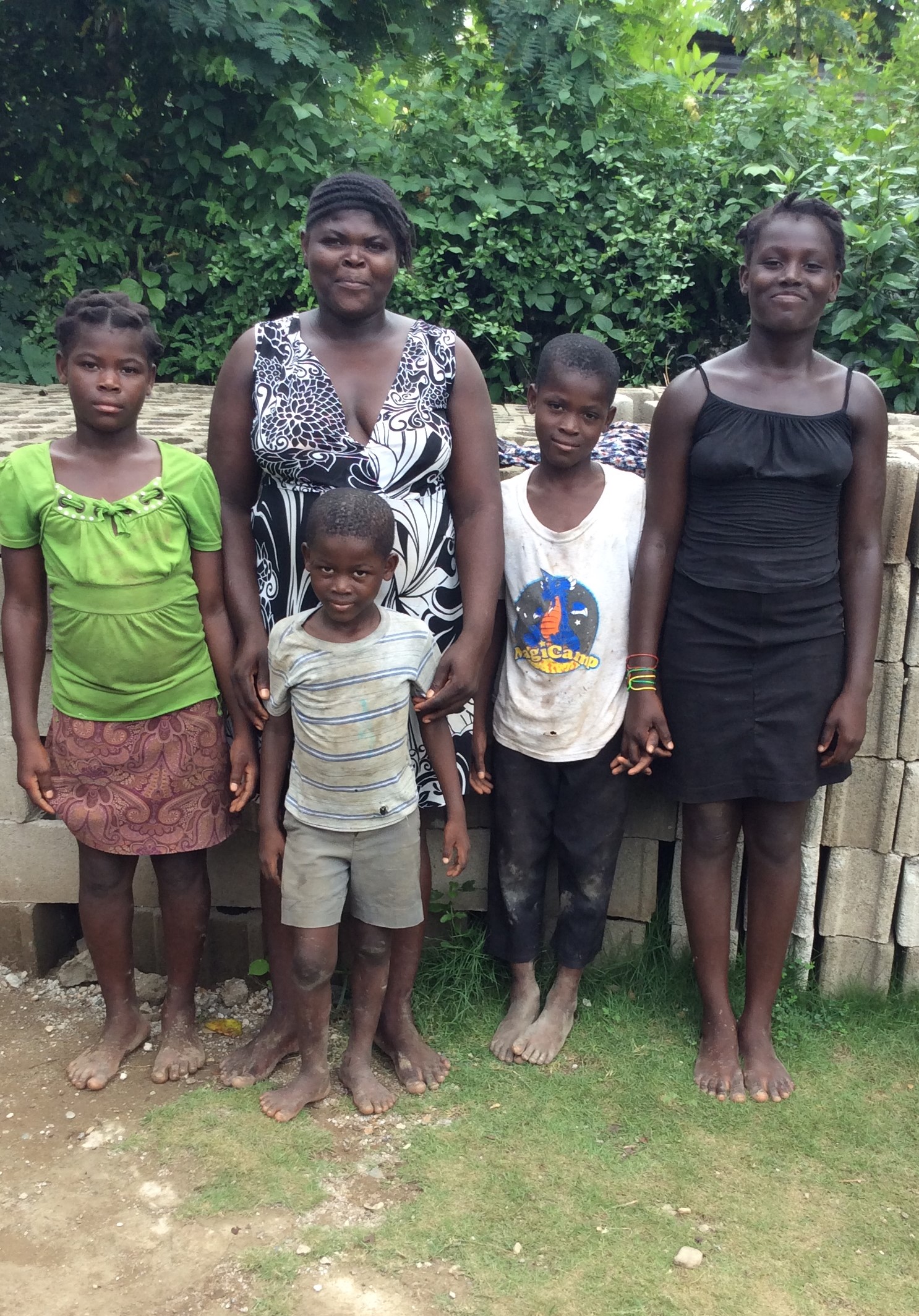 A blog posted by the LCMS Disaster Response reports:

“In the wake of Hurricane Matthew, LCMS Disaster Response looks to broaden aid to victims, after having seen the tragic effects of the hurricane firsthand in both Haiti and the Carolinas during Oct. 10-13 visits to the hardest-hit areas.

LCMS Disaster Response Director Rev. Ross Johnson visited Haiti, as an outbreak of cholera was complicating recovery efforts there. His visit revealed specific needs of the victims not already being addressed by various government and nongovernment agencies responding to the catastrophe.

‘We’re currently working to provide an initial 10 wells — with a goal of providing up to 50 wells — for clean water and also to provide tin roofs for some 50 area pastors and possibly 50 churches without roofs in Haiti,’ said Johnson. ’This is a focused response to the destruction and sanitation issues brought about by the storm, while other agencies are providing for medicine, food and other necessities.’”

Donations for relief work can be made directly to , LCMS Disaster Response fund or to Amigos en Cristo, Inc. to help Pastor Andre’s mission congregations.

Immokalee, FL – Over a hundred people gathered at the Immokalee Amigos Center to participate in the ordination and installation of Karl Glander on October 16, 2016.  Accompanied by his wife, Ginny, their sons Jeff and Matt, and local LCMS clergy, Rev. Glander made his solemn vow that with the help of God he will perform the duties of the pastoral office in conformity with Holy Scripture and the Lutheran Confessions.  Rev. Jon Zehnder, Second Vice-President of the LCMS Florida-Georgia District, vested Karl with a red stole, symbol of the pastoral office.  Rev. Richard Browning, Circuit Visitor performed the rite of installation. 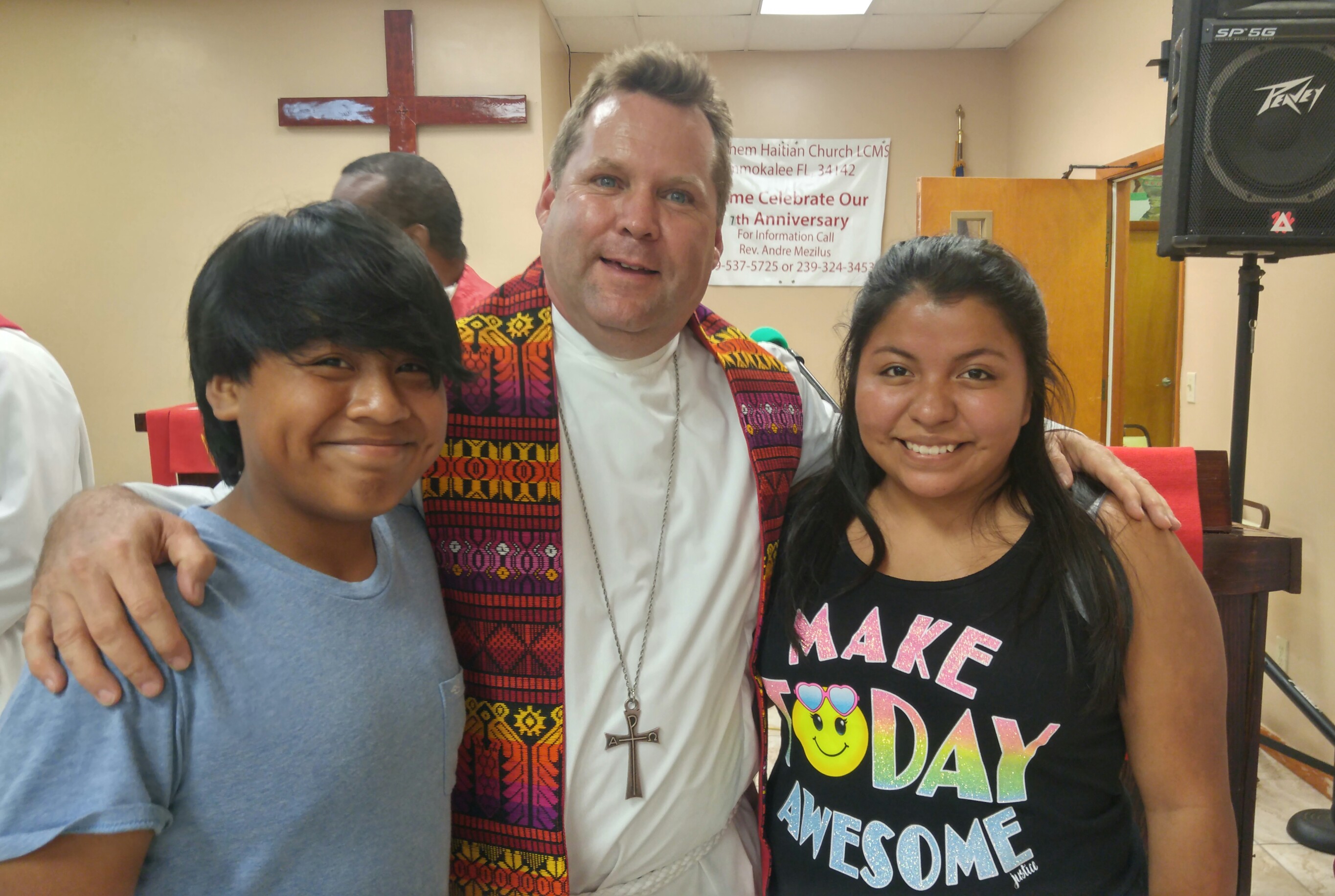