Thank you Dr. Mary Manz Simon for serving as our Master of Ceremonies at our Fundraising Luncheon. 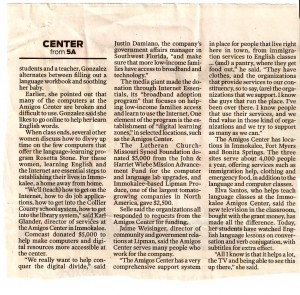 Amigos Center has been a proud United Way Partner Agency since 2005.  Our center’s staff participates in our own agency campaign and assists the United Way with campaign presentations to help achieve the United Way’s fundraising goal.

United Way funding enables Amigos Center to provide low-cost immigration services for people seeking help to apply for citizenship, legal residency for family members, legal status for victims of domestic violence as well as many other family based and country specific immigration needs.

All money raised during the United Way campaign stays in our local community to help support local partner agencies like ours.

In addition to raising funds, United Way promotes partnerships and collaborations among agencies, helping us to work together, focusing on issues and solutions that continue to improve lives.

For more information about the campaign, call 433-2000.  You can also learn more and give securely on line at www.unitedwaylee.org 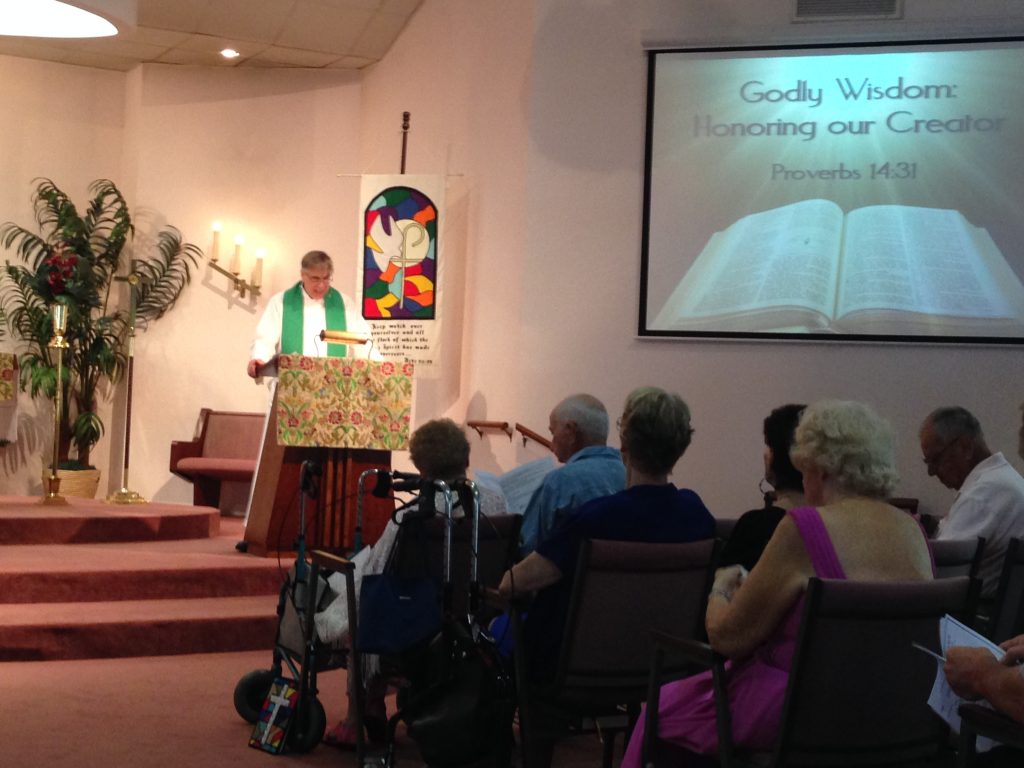 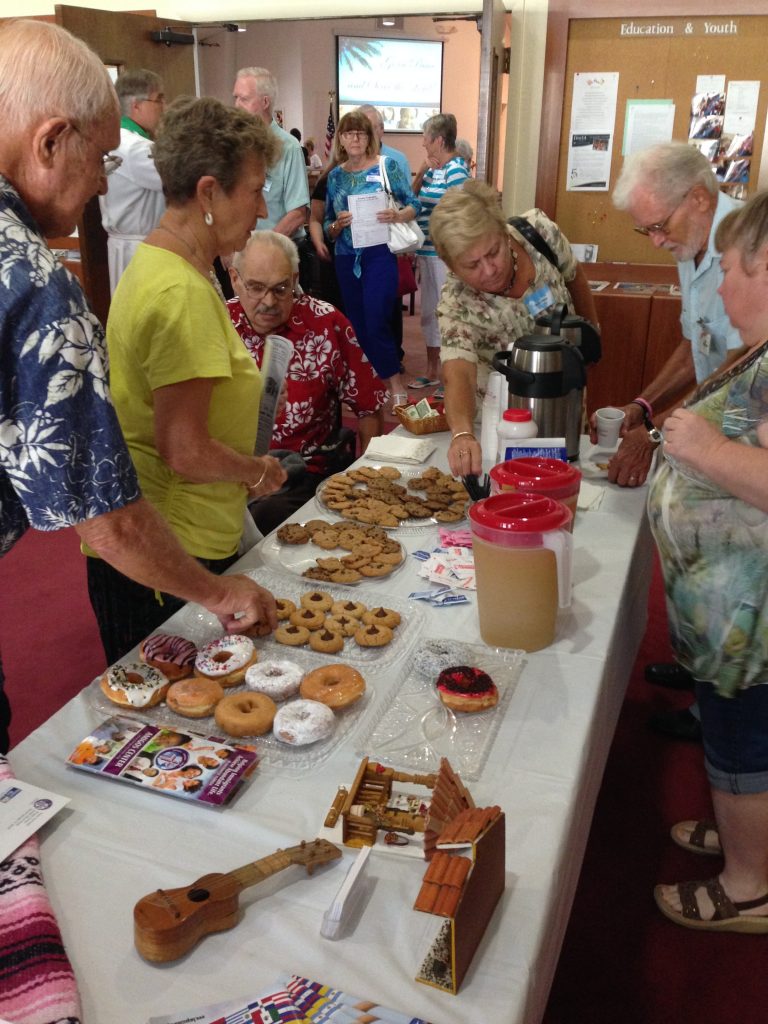 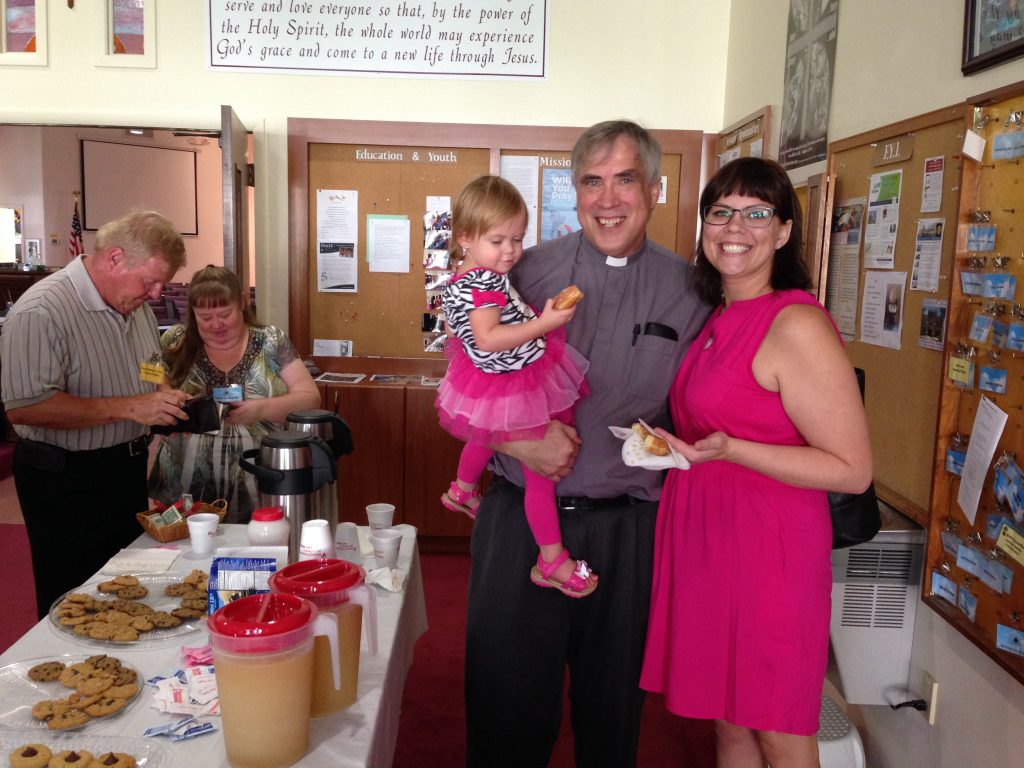 We took several youth to Daytona for the Florida-Georgia LCMS Youth Gathering.  Bill Yonker again was the speaker and as usual God used him to bring the Narrative of Jesus to these young people. 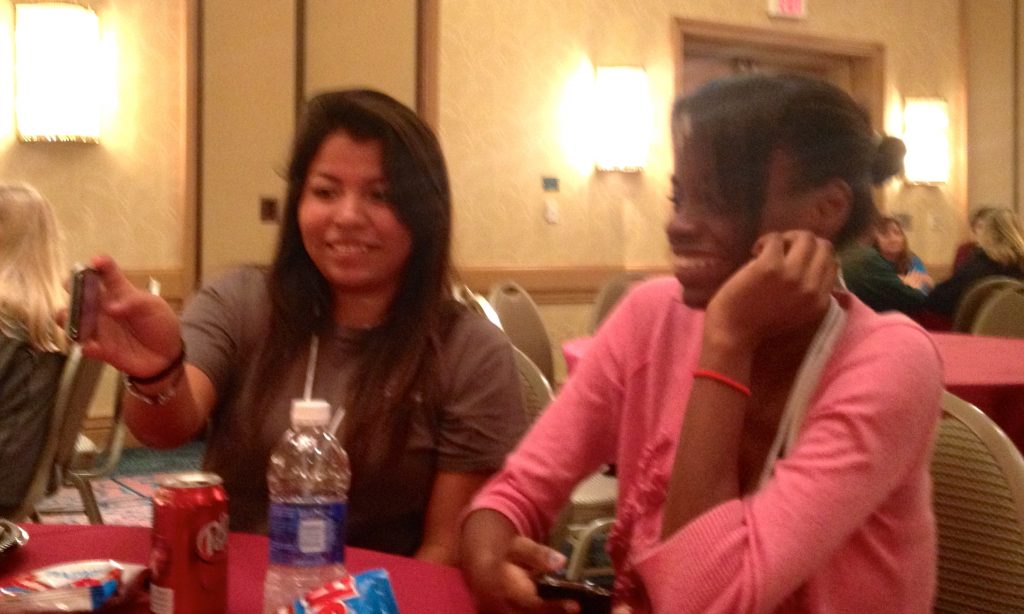 We are in the process of upgrading our audio visual equipment thanks to a grant from the LIPMAN Foundation we received to support our English language studies program in Immokalee, Florida.  Lipman, North America’s largest open field tomato grower, has an extensive and growing history of giving back to the community.  Amigos Center is thankful for their support.

Recently, Pastor Bob Selle and other representatives from Amigos en Cristo were invited to an invitation only summit on Human Trafficking sponsored by Congressman Mario Diaz-Balart of Florida’s 25th Congressional District.  The summit was held at Ave Maria University. Congressman Diaz-Balart is currently co-sponsoring five pieces of legislation in the United States Congress addressing problems associated with Human Trafficking. The purpose of this summit was to raise the awareness of community leaders as to the magnitude and seriousness of this problem in our community and throughout southwest Florida.  In addition to the congressman, speakers at this summit included Anna Rodriguez, Executive Director and Founder, Florida Coalition Against Human Trafficking; Doug Molloy, former Chief Assistant U.S. Attorney in Fort Myers and Don Hunter, Marco Island Chief of Police and former Collier County Sheriff.

The speakers emphasized that Human Trafficking is modern-day slavery and involves the use of force, fraud, or coercion to obtain some type of labor or commercial sex act.  Human Trafficking is a $32 billion per year global industry — second only to drug trafficking — and there are more slaves today than at any time in human history according to the Department of Homeland Security.  Annually, millions of men, women and children are lured from their homes with false promises of well-paying jobs, often by people they trust, to instead find themselves forced or coerced into prostitution, domestic servitude or other types of forced labor. Trafficking victims can be any age, race, gender or nationality — young or old, U.S. Citizen or foreign nationals, with or without legal status.  They can be found in legitimate and illegitimate labor industries, including agriculture, restaurants, hotels and domestic service.  Traffickers prey on victims with little or no social safety net.  They look for victims who are vulnerable because of their illegal immigration status, limited English proficiency, and those who may be in vulnerable situations due to economic hardship.

The congressman and each of the speakers urged the community leaders at the summit to use the influence of their organizations and their personal contacts to broaden the awareness of this very cruel and inhumane crime in our community.  The congressman emphasized that awareness of this crime and an understanding of its magnitude, by ordinary citizens, is the first and most effective step in combating and eliminating Human Trafficking from our community.

If you suspect that a person may be a victim of human trafficking, please call the U.S. Immigration and Customs Enforcement, Homeland Security Investigations tip-line at 1-866-347-2423.  You can also report online at www.ice.gov/tips. However, non-law enforcement personnel should never attempt to directly confront a suspected trafficker or rescue a suspected victim.  Doing so could put both you and the victim’s safety at risk. 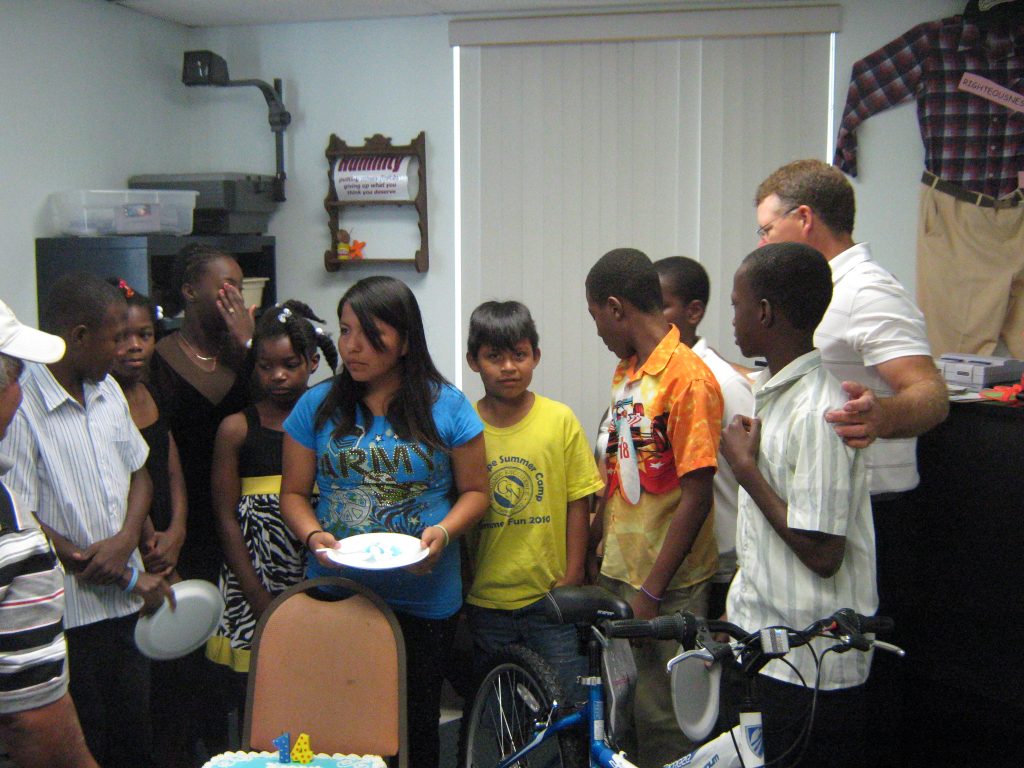 There is a danger of the Christian church losing this generation when they become old enough to leave home. People don’t want to go to a church where they will be forced to do something that makes them uncomfortable or that will make them embarrassed.

While continuing our outreach to first generation Hispanics and Haitians, we are now expanding our ministry to establish a multi-cultural, multi-racial English-dominant Lutheran church focused on the 2nd and 3rd generation immigrants in Immokalee.  Our church will promote a global, multicultural vision where our identity is first and foremost as members of the Kingdom of God. 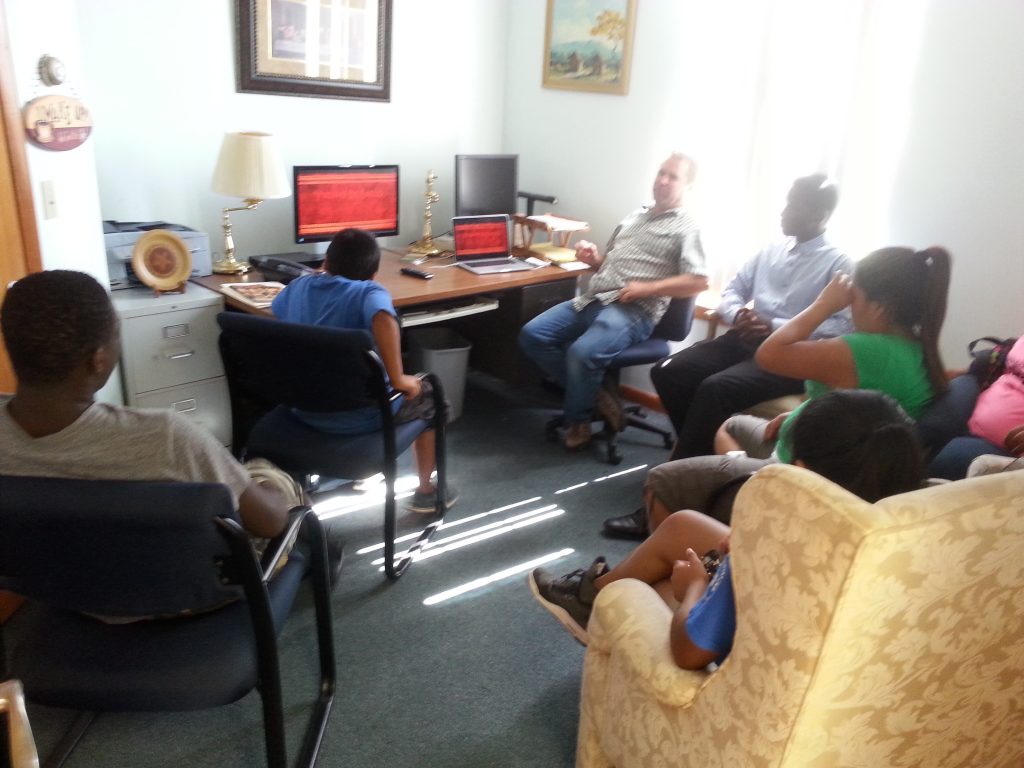 Vicar Karl Glander has already started a Wednesday evening group that meets for Bible study, prayer, worship, food and fellowship in English at our Immokalee Amigos Center.  We expect to start an English language Sunday worship service later this summer.

An innovative intergenerational approach to Family ministry at Zion Lutheran Church, Fort Myers produced among other mission projects, enough food to serve 80 families in Immokalee.  This intergenerational approach provides opportunity for families to come together for worship, fellowship and mission service.  During a recent weekend event entire families gathered and assembled food bags for Amigos en Cristo, flood buckets and also sorted nails for Habitat for Humanity.  Family Life Ministry DCE Rebecca Duport innovated the concept and organized the weekend event to replace the traditional children’s Vacation Bible School model.  According to Zion’s Pastor Peter Weeks, “This intergenerational approach is a unique tool that embodies the partnership between the church and the home to reach out to the community.”  Thrivent Financial for Lutherans partnered with Zion Lutheran to match funds through their “Care Abounds in Communities” matching grant program. 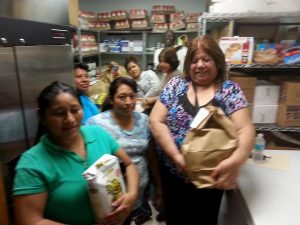 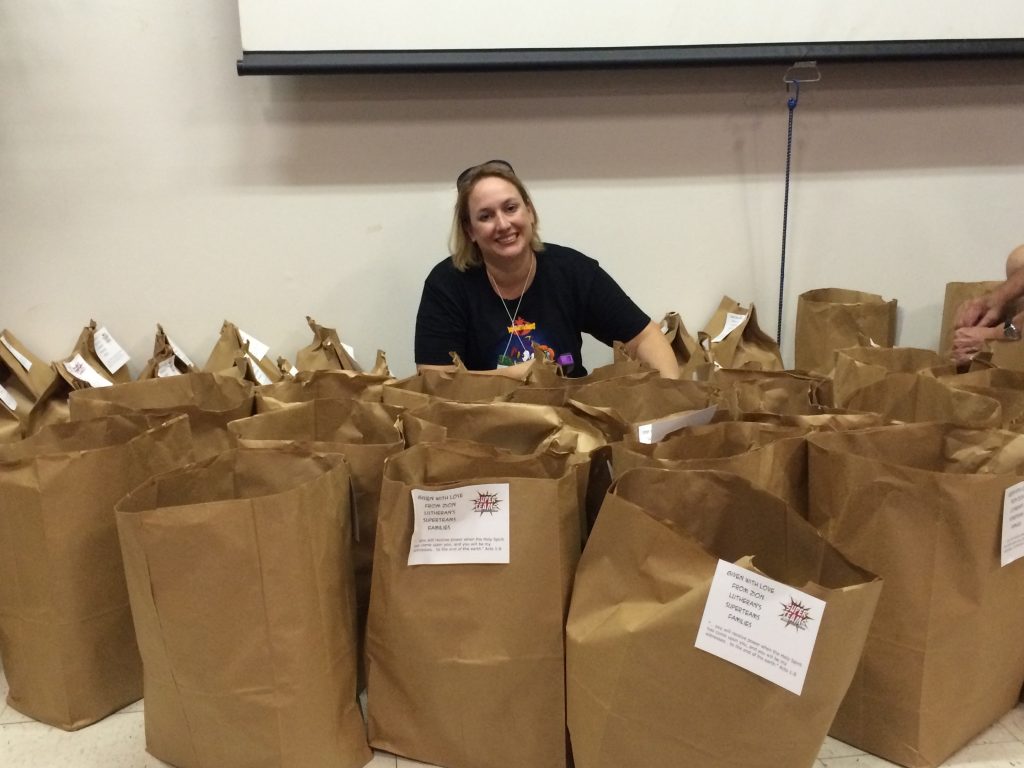 On June 15 in Bonita Springs we celebrated Father’s Day with food, prayer and fun for everyone. 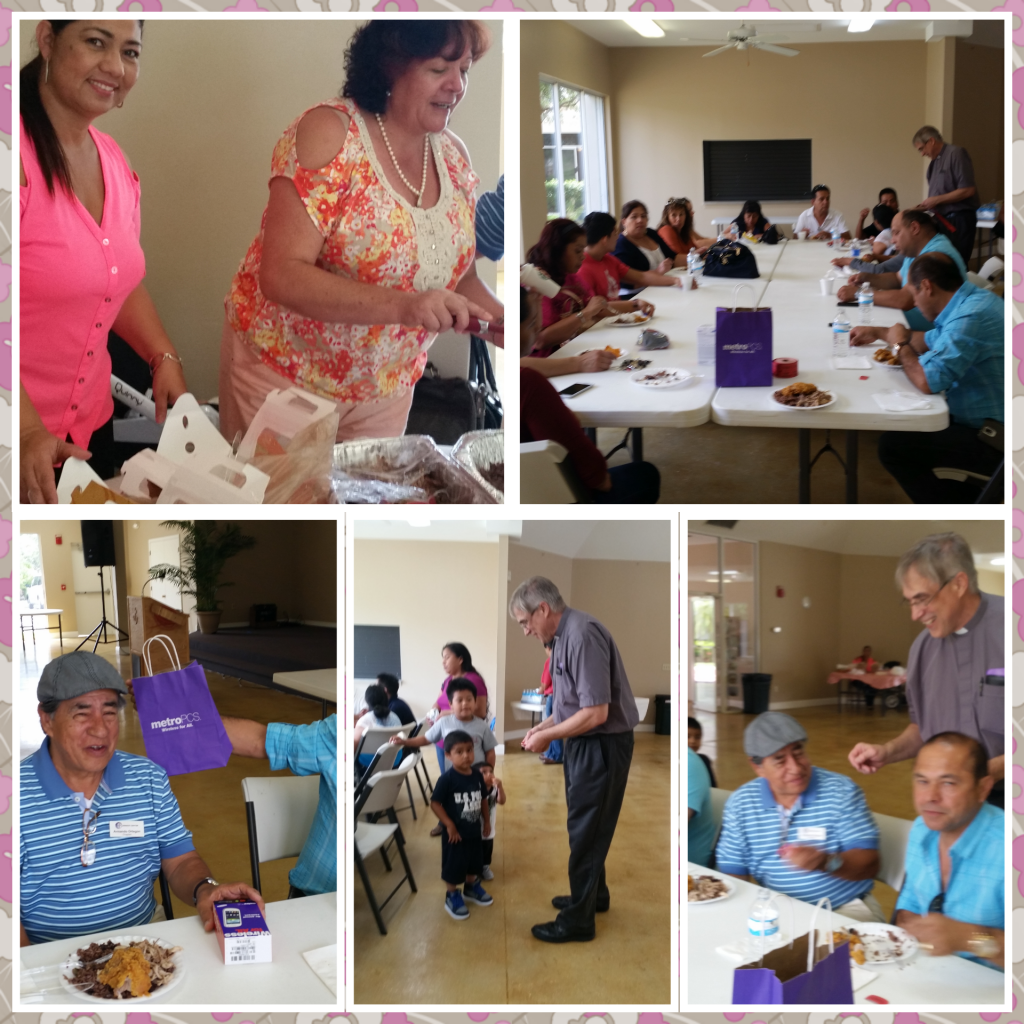